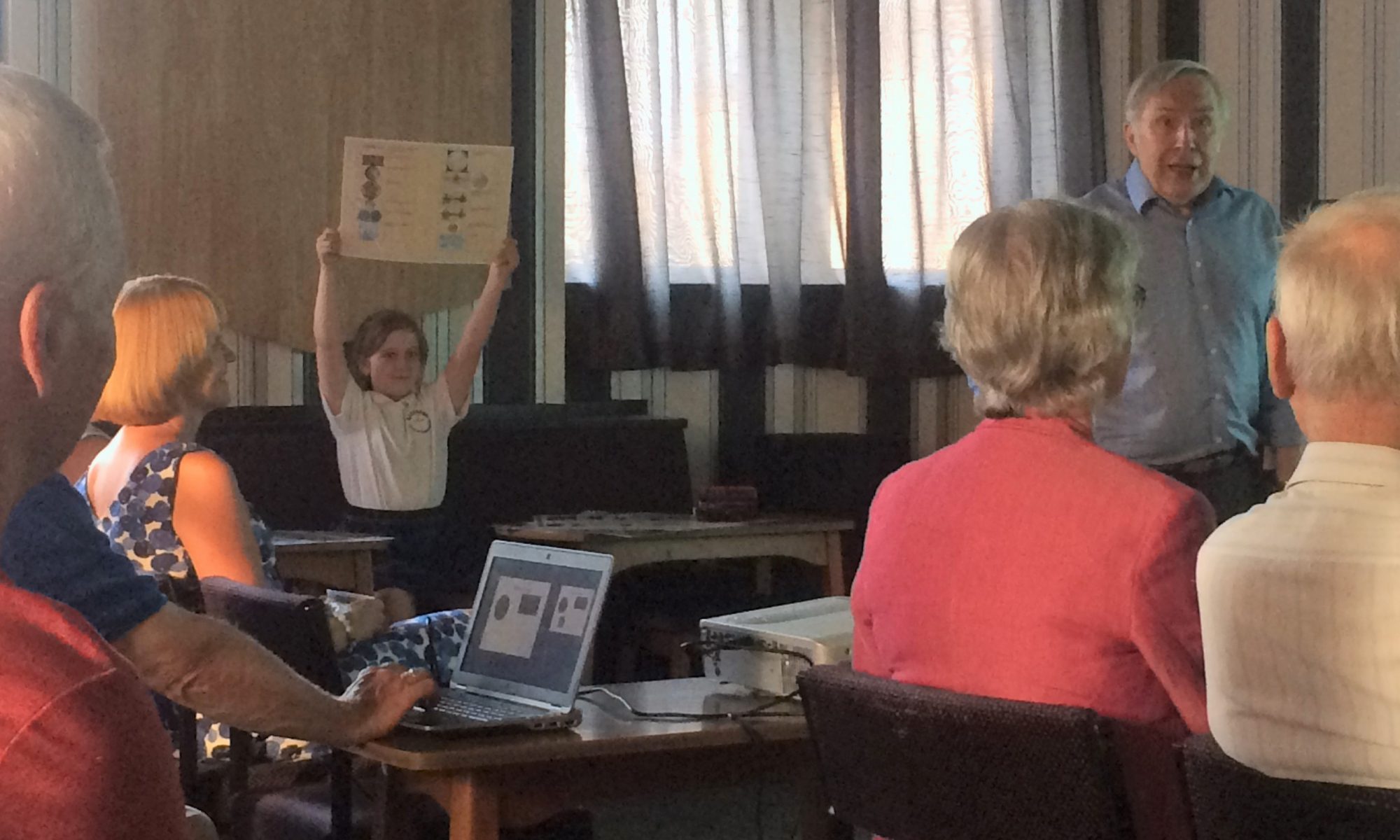 Yes, yes, we’re mixing our national sports metaphors. Sorry, ref. But in response to an enthusiastic Independence Day turnout, the Friends would like to say a huge thank you to everyone who attended our first community social event on the 4th of July for making it such an enjoyable and successful event. And no footie in sight!

In the warm summer weather, the kettle was underemployed for once, as cool drinks flowed, like the conversation, freely. It was especially refreshing to find so many local people with an interest in the history of Baxenden and its residents.

The evening was kicked off by local historian, Harry Emmett. Harry set out the formation for the featured speakers and was on hand to answer questions relating to his own research, including the history of the motor cars owned by the Haworth family and driven by their chauffeur, Joseph Taylor. The featured speaker for the first half was keen researcher, Jean Emmett, who shared her many fascinating findings on the lives and connections of the staff who worked  for the Haworths at Hollins Hill, as it was then known. William and Anne  were, by all accounts, excellent employers, treating their staff much like friends and ensuring their welfare. Jean shared photographs of the staff, including Ellen Priestly, Anne’s companion, whose portrait was only recently brought to light, and of Joseph Taylor, whose descendants are still active in the local community (see earlier blogs for more on their stories).

Changing ends, Roger Cunliffe ran with the theme on local history, starting with a look at the origins of the name Baxenden in earlier centuries,  Once known as Bastanedenecloch (yep!), it mercifully became shorter over time, ultimately contracting to its present-day nickname, Bash (phew). Roger shared a wealth of information and images relating to the early days of Baxenden and its surroundings. During his talk, he described the former tramway, the history of local buses and railway travel; the retired mills and brick-works, and even the old smallpox hospital, the remains of which can still be seen today behind the grounds of Hollins School (future blogs will examine these too).

The crowd had plenty of questions for our speakers and shared their own memories of area history. A closing shot by Harry (Emmett, of course) still left plenty of extra time to mingle, chat and view the impressive displays that Jean and Roger had assembled, with photographs, maps, family trees and old census documents among the yards of material they have researched. There were no penalties for supporters looking forward to the next heritage evening (though there may be a bit of a season break till we can unearth more research) . . .  One possible option for our next event is a history walk around Baxenden and Accrington, so watch this space and dust off your boots!

One Reply to “Goooooal! Friends Social Evening Bashes it out of the Park”