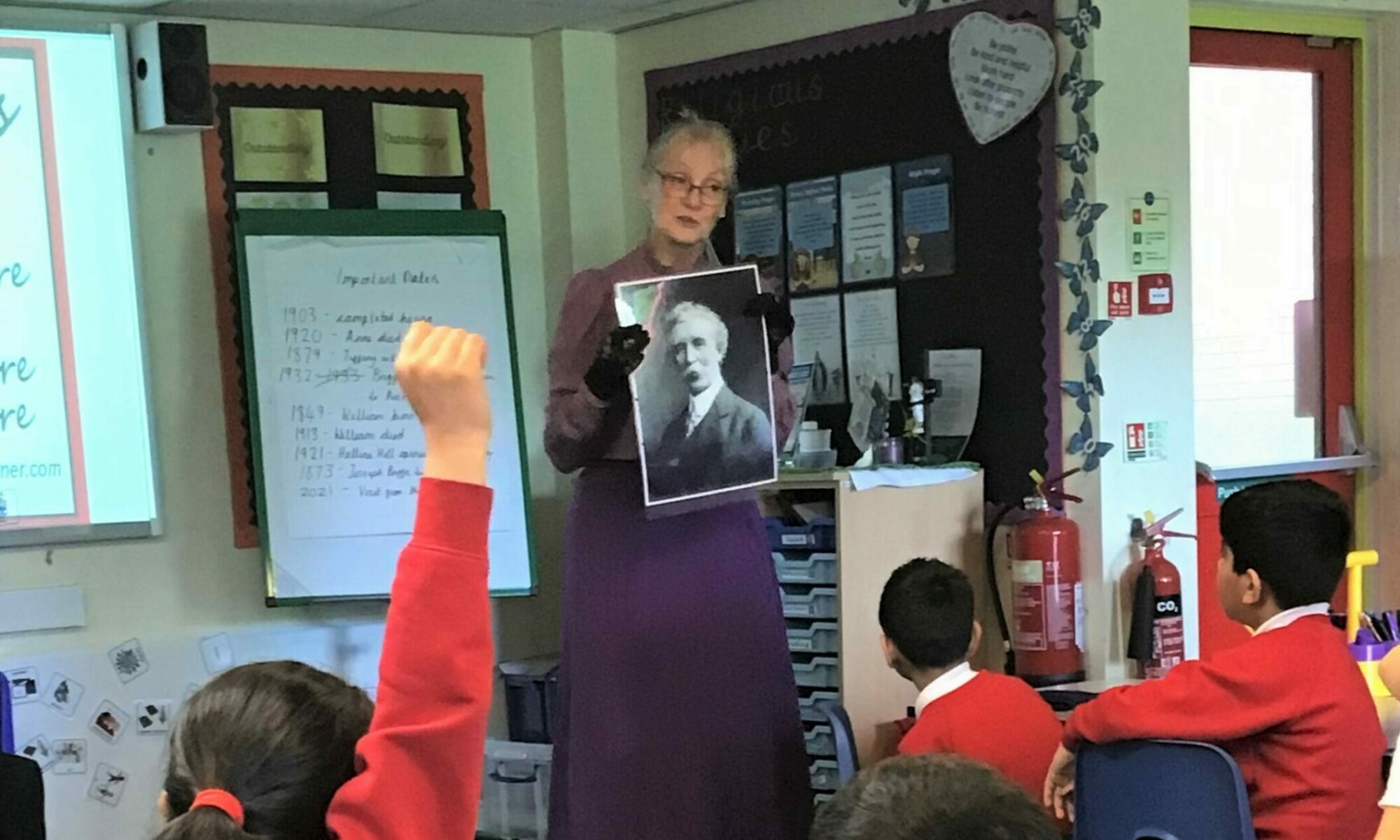 A visit from our very own Friends Group member and ex-teacher, Linda Fisk, provided a fun packed history lesson for Year 3 at Sacred Heart Catholic Primary School in Accrington. 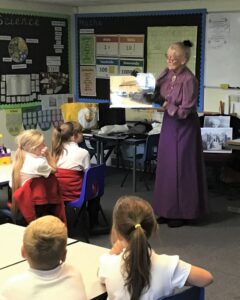 Teacher, Miss Dawes, contacted the Friends of the Haworth Art Gallery to ask if someone could visit the school to deliver a talk for the children to help them learn about the history of the gallery and the people who lived there when it was called Hollins Hill.  Miss Dawes was also keen for Year 3 children finding out more about the Tiffany Glass Collection. 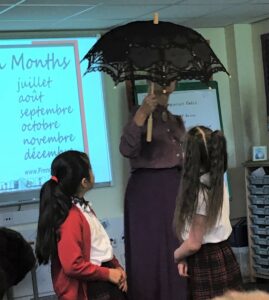 During her visit to the school, Linda  provided a lively and interactive session for the children who were able to see pictures from over 100 years ago of Hollins Hill Farm area, William and Anne Haworth and the beautiful house they had built which we now all know as the Haworth Art Gallery.  Wearing a full Edwardian dress complete with gloves and broach, Linda was able to bring a little bit of living history into the classroom and some of the children were able to have a go at trying some of the clothing adornments of the time, like a top hat & collar and ladies chokers made from lace and beads. 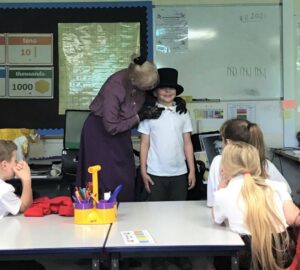 A couple of weeks after the school visit by Linda, the lucky Year 3 class visited the Haworth Art Gallery with their teacher and had their own private tour by the Gallery Manager and Curator Gillian Berry.  Here they were able to see the Tiffany Glass collection and hear all about local lad Joseph Briggs who made his way to the top of the Tiffany company and sent precious and unique pieces of glass back to Accrington when the company wound down in 1933.

Year 3 teacher, Miss Dawes, commented on the experience, “My class have absolutely loved learning about the history of the Haworth Art Gallery. They had already developed some knowledge at school but when Linda came to visit us, they developed a wealth of knowledge that they can now recall confidently.   We celebrated all the learning we did by attending a trip to the gallery and the children had a fantastic day. They thoroughly enjoyed the art workshops provided by the gallery and they found it amazing to see their learning come to life!” 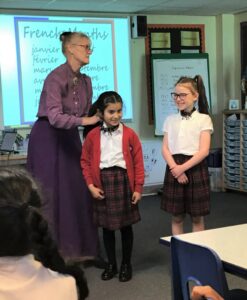 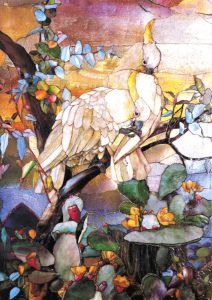 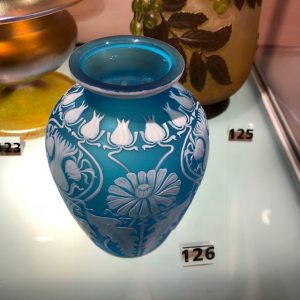 September 21st, 1921: a host of notable Accringtonians assembles in its finery to witness the opening of an exciting new cultural centre for the town.

It’s the day the Haworth Art Gallery first opens its doors to the public – a cause for celebration for Accrington folk, who would benefit from this most generous gift – the day on which the town, still recovering from the effects of World War I, marks the opening of its first public art gallery. And a day on which to recognise the remarkable people who had made it possible.

Because it’s also a day of sad reflection. The house and grounds, previously known as Hollins Hill, are the bequest of Anne Haworth, who along with her brother William had lived there for fewer years than they no doubt would have hoped.

The Haworths’ family wealth was created by their father Thomas, an engraver by background, who built and ran two thriving cotton mills in Accrington and later passed the running of the businesses on to William. Being from humble beginnings themselves, the Haworths were fair and sympathetic employers, who ran clean mills with good working conditions and were a close and loving family.

It was after the death of Thomas and his wife Mary that William and Anne commissioned York-based architect Walter Brierley, dubbed ‘the Lutyens of the north’, to build Hollins Hill in the Arts & Crafts vernacular as their retirement home.

Completed in 1909, the house had been home to William for just four years when he died in 1913, aged just 65. After his death, Anne lived on more reclusively at the house, along with her companion Ellen Priestley, and died in 1920.

It was Anne’s extraordinary bequest that gave the town its new park, art gallery and collection of beautiful artworks, sculpture and ceramics, among the many items the siblings amassed from both near and far – on their many travels – fulfilling a dream William had harboured: to create a public gallery for the people of his hometown to enjoy. Abraham Whiston, who had been William’s valet and later Anne’s butler, stayed on to become the gallery’s first curator.

The generous bequest was welcomed by the town’s corporation and on this day 100 years ago, Accrington’s mayor officially took charge of the key to its great oak door. And the rest, as they say, is history.