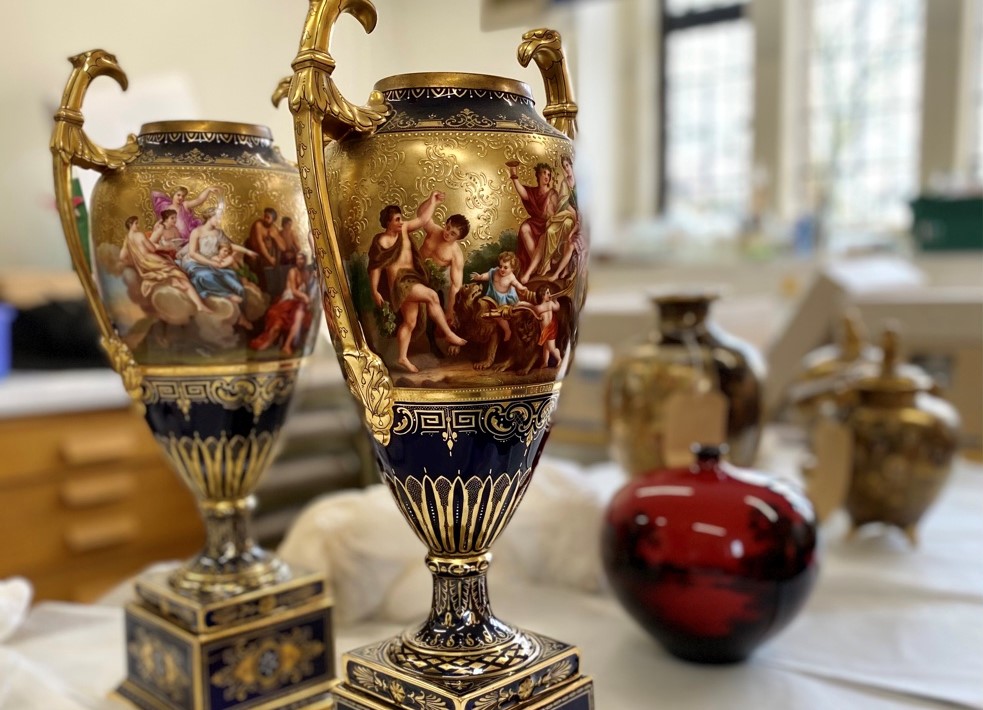 Friends group members, volunteers and gallery staff have been busy over the past few months, (Covid restrictions allowing), uncovering treasures from within the darkest recesses of the Haworth Art Gallery store rooms and archives.

Last week’s finds included some beautiful ornamental vases, some gilded in gold or glazed in vibrant colours, some depicting fearsome characters, were brought down from safe storage in the attic along with  incense burners and other exquisitely crafted pieces.

Friends group members Jean and Harry Emmett in particular have recently played a part in supporting staff in finding, identifying and recording artefacts that make up part of the bequest left to the people of Accrington by sister and brother, Anne and William Haworth.  Jean and Harry were among a number of the Friends group who have received object handling training by Deputy Manager and Curator, Alison Iddon, enabling them to safely unpack and record details of the objects, as well as take a few photographic shots. 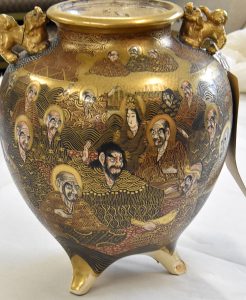 Part of the work being undertaken as regards these buried treasures is to decide which of these pieces we can display in the upcoming centenary exhibition due to start in July later this year.  There are so many beautiful artefacts that the gallery simply does not have the space to display all of them all of the time, along with it’s collection of Tiffany Glass and popular temporary exhibitions.

Some of the more unusual objects include an ivory figurine of a snake charmer and an ivory calling card holder.  Obviously these days we are more enlightened as regards ivory, but it was often used for decorative purposes in previous centuries. Thankfully, the trade in ivory is now banned worldwide and only items dated before 1947 can be displayed and traded.  The items pictured here were acquired by the Haworths sometime in the late 1890s – early 1900s and we show them here as pieces of historical interest and an insight into the culture of our past.

The Friends look forward to greeting visitors old and new to the exhibition in July, if lifting of restrictions go ahead as planned.  Let’s keep everything crossed! 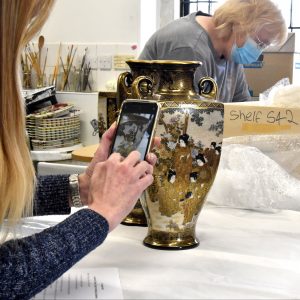