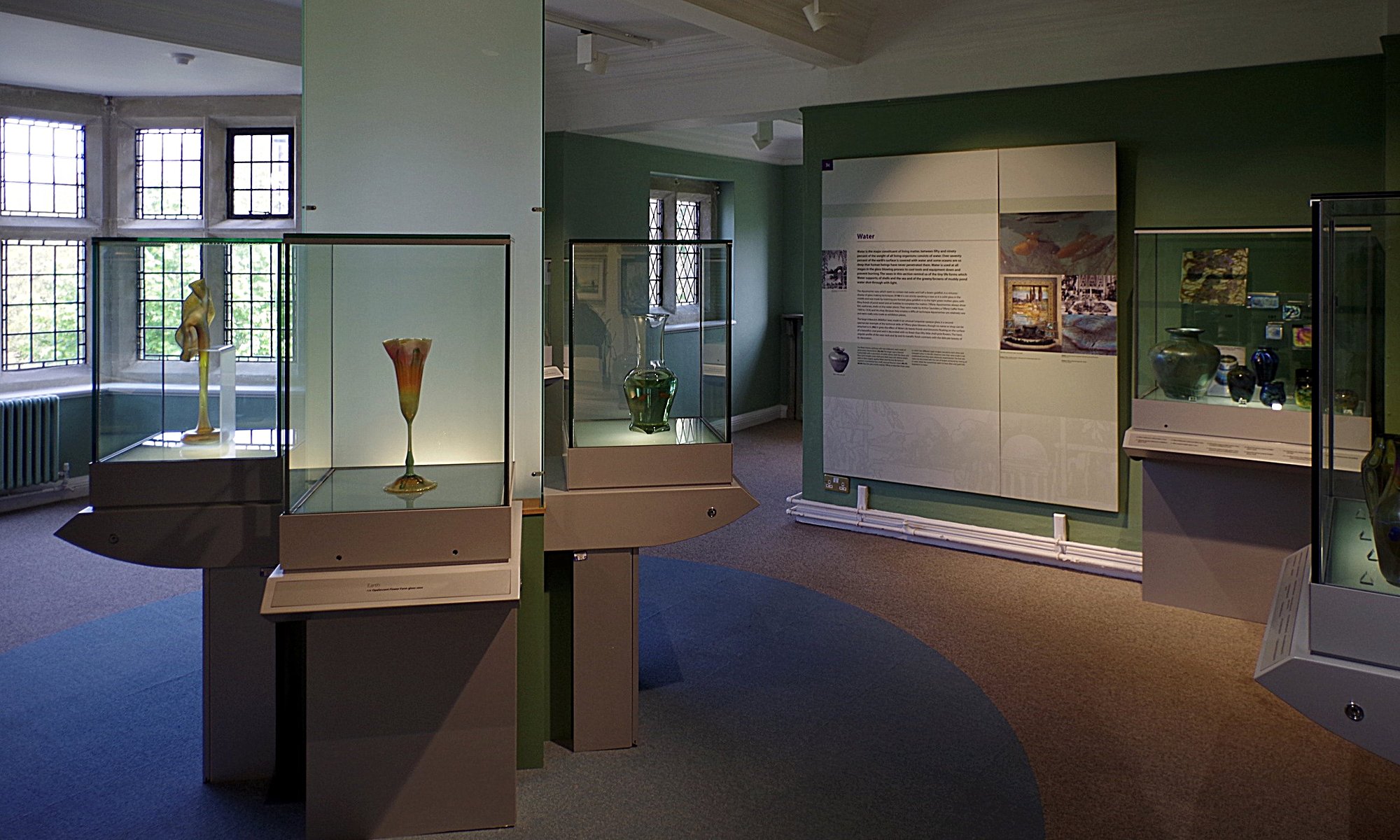 What a summer it’s been! A summer full of surprises. The wacky weather, the sporting highs and lows and even your secret favourite reality show (it’s ok, we won’t tell); it’s been one big turnaround after another. Expecting the unexpected became the new normal. And things at the Haworth were turned on their heads a bit too.

Throughout the summer, the Haworth staff have been working hard to manage the redisplay of the world-famous Tiffany glass exhibition. The display is being reimagined to illustrate more closely how the town came to own such a major collection of works by New York’s famed Tiffany Studios; itself an unexpected turn of events.

In fact, you could say the Haworth embodies the unexpected: an elegant Arts & Crafts mansion in a hard graft northern town; a venerable museum and art gallery where you can enjoy a Sunday rock concert; an oasis of art and culture where kids can come and get messy – and everyone can fill their boots with a lush lunch.  But perhaps the biggest contradiction of all: an internationally important collection of American art glass . . . in Accrington!

How did a stunning collection of American Art Nouveau come to be in a small industrial town in Lancashire? Accrington’s many exports to New York, the products of its textile and manufacturing industries, famously include the ‘Nori’ brick core of the Empire State Building. But how did the Big Apple give up so many treasures to Accrington?

Its history follows that of a migrant Accrington lad and is a touching tribute to his hometown. The story of Joseph Briggs and his journey to New York is a significant piece of the exhibit’s provenance, and one which curator Gillian Berry felt merited closer attention.

Briggs, an engraver by training and a creative soul, was uninspired by the prospect of industrial working life in Lancashire and left for New York at the tender age of 17. His early experience in his adoptive home was far from humdrum. Through chance encounters, he spent his first couple of years in the US performing in a Wild West show; a far cry from Accrington factory life!

But Briggs’ ambitions lay elsewhere and he sought out work that would utilise his artistic skills. As luck would have it, Tiffany Studios was looking to hire new talent. Tiffany Studios was a dazzling nexus of artistic creation that captured the era’s zeitgeist and energy; exactly where Briggs wanted to be. Sadly, after a couple of applications, he didn’t make the cut. However, his artful perseverance (and perhaps a bit of northern nous) ultimately succeeded in winning him a place as Louis Comfort Tiffany’s right hand man – quite literally.

Briggs earned his 1893 entree to the company by a chance encounter in the rain, when the Englishman deftly accompanied Tiffany from his car to his office under his trusty umbrella, and forged an instant connection. After an initial trial, for which he depicted a religious scene in order to demonstrate the range of his skills, Briggs was hired. In time, he would be promoted to run the company’s mosaics department, ultimately becoming Managing Director of the studios and remaining for some 40 years. Briggs’ association with Tiffany was unique; both had maverick and creative streaks that they understood in each other. and the two worked very closely to the great benefit of the company.

After decades of glittering successes for Tiffany Studios and its highly decorative and decadent works, styles began to shift to more simplified forms. The cleaner, more restrained lines of Art Deco and Art Moderne were coming into vogue. The death knell came with the onset of the Great Depression, which killed the market for Tiffany’s sumptuous works and the company finally  closed its doors in 1932.

Briggs had the overseer’s task of winding up the studios and their contents. In so doing,  his mind returned to his hometown. He arranged for a large trove of some 140 Tiffany treasures to be sent back to Lancashire, where they were gifted to the town of Accrington Sadly, Briggs’ own demise not long afterwards, meant that his gift became his personal legacy to his native town.

The collection was placed in safe storage during the Second World War and languished unappreciated in boxes and crates for many years. But in the 1970s, the glass found its way to the Haworth and, happily for the viewing public, has been on display there ever since; an awe-inspiring representation of artistic and human endeavour. The collection is perfectly at home in the sympathetic surroundings of Walter Brierley’s Arts & Crafts architecture; the house and the collection each being wonderful examples of their respective turn-of-the-Century design schools.

The new reconfiguration of the Tiffany exhibit at the Haworth will illustrate the journey of these astonishing artefacts  and highlight their connection – the great gift of Joseph Briggs and his part in Tiffany Studios’ success – to the town they now call home. Briggs’ own interest and prowess  in mosaic-making will be brought to the fore and the flow of the exhibit will emphasise this creative process and its significance within the collection. It’s sure to be a fresh and fascinating approach to this stunning exhibit.

Stay posted for news of the display’s reveal and whatever you do, don’t delay – come see for yourself!