Creaky old leather-bound books with dusty, dilapidated covers are the stuff of mystery and magical adventure. Aged and cherished by unknown hands, their yellowed pages lead our imaginations into the secret worlds of a different time or place. 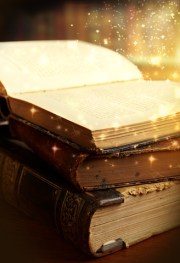 Such is the case of a lovely, but very battered, old photograph album that came to the attention of the Friends of Haworth Art Gallery. The album, which is a treasure of the Haworth, and was handed down from its original owners, beautifully illustrates the days when the house was an elegant private home.

William Haworth commissioned the house for himself and his sister Anne to live in as  their home. It was to be built on former farmland at the southern edge of Accrington, overlooking a wooded clough and the hills beyond, yet easily accessible from the main thoroughfare through town, Manchester Road.

The Haworths, scions of a well-respected local mill-owning family, and active philanthropists in the town, had until then lived in an imposing, Victorian house, with large, colonnaded portico, in Burnley Road, Accrington.

William engaged architect Walter Brierley, dubbed the ‘Lutyens of the North’, for the design and construction of the new house, and Simeon Marshall for the surrounding grounds. It was the first decade of the new century and the house was to be a fine example of the Arts & Crafts style, a movement that celebrated a looser and more organic vernacular than the heavier, more ponderous architecture of the Victorian era.

William named his house Hollins Hill, after the farm to which the land had belonged. Completed in 1909, the house embodies all the elegance of Edwardian England, with its extensive use of simple motifs drawn from nature. If you’re lucky enough to have visited the Haworth, you’ll no doubt agree that their vision was beautifully conceived and executed.

This period style and elegance are captured in the many beautiful photographs preserved in the Hollins Hill album. It depicts all the principal rooms as they were when the house was still inhabited as a home, meticulously illustrating the uses  and original furnishings of each. It brings to life beautifully the serenity of the lovely house with its gracious yet unpretentious design; its warm wood-panelling, its delicate plasterwork and its fine but unfussy furnishings. It shows an architecturally significant house that is also a lovingly created and comfortable home. The photographs are still a fresh and vivid portrayal of an elegant house and an excellent example of its genre.

Sadly, the entire photograph album has fallen into great disrepair: Its cover is stained and no longer holds its contents together safely; individual pages are fragile and tattered.

Which is where the Friends come into the picture . . . Happily, the group is in a position to sponsor the album’s repair by a team of specialist bookbinders. The entire book has now been sent to Formby’s, the most experienced company in its field (which also happens to be based in nearby Ramsbottom) to be lovingly brought back to its former splendour. Although, in its present bruised and battered state, the album holds great promise, with its many beautiful photographs and strong suggestions of its earlier integrity, we think the restoration process will indeed demonstrate a little bit of real-life magic.

We’re all agog for the outcome and will be delighted to share with members and readers the final results and those lovely images of a bygone era. Please stay posted for news of the album’s return.