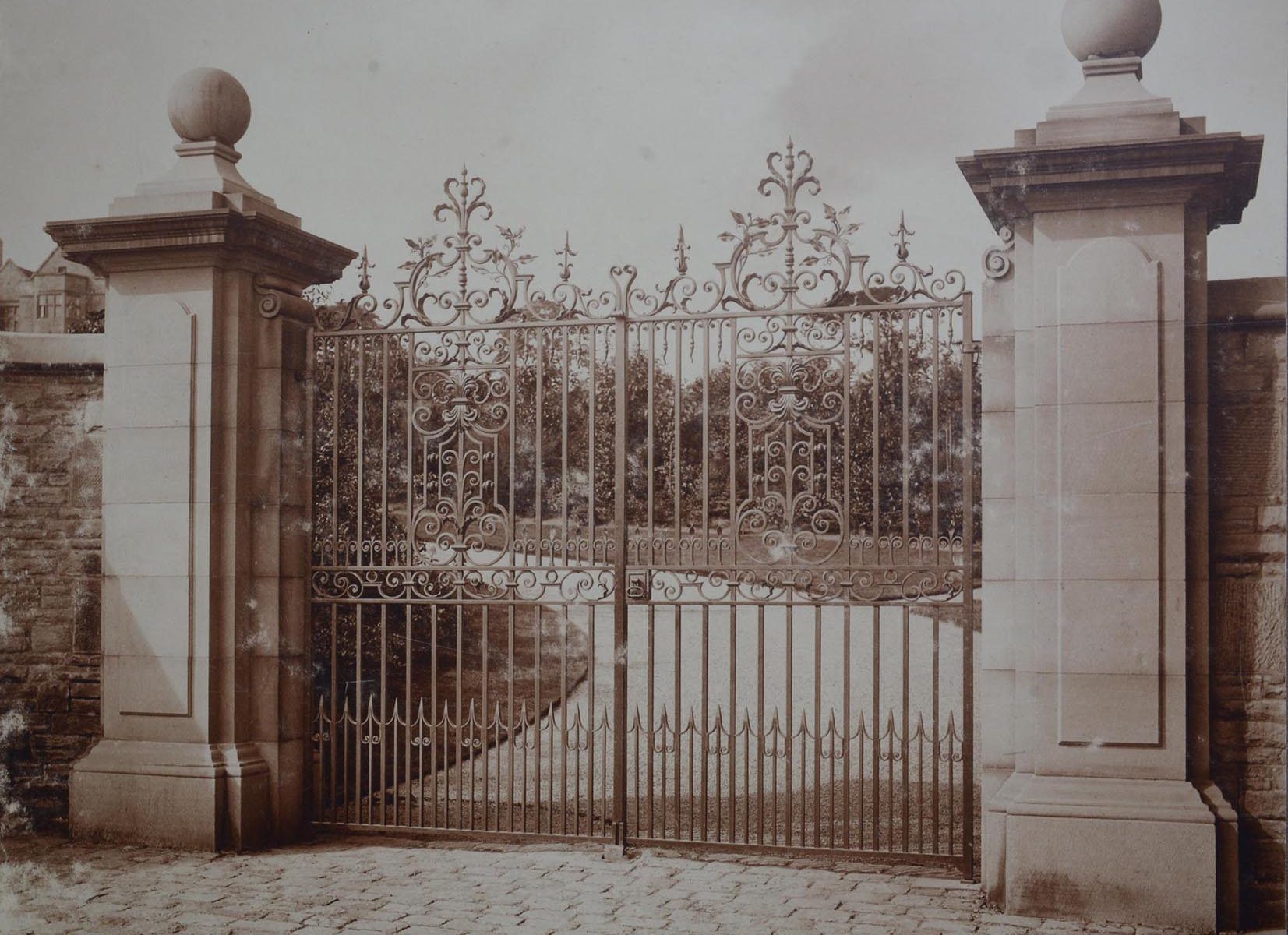 It’s time for the great reveal! Fantastic photographs of Haworth Art Gallery, just as it was when it was home to William and Anne Haworth. 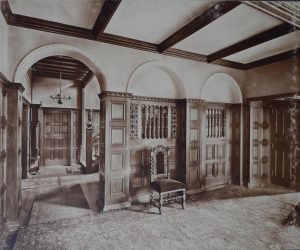 These incredible images are collected in the newly restored album of Hollins Hill, as it was then known, in the splendour of the Edwardian era.

The century-old album has undergone significant restoration by expert bookbinders, Formbys Ltd, and is now safely back in its home at the gallery. It allows us a fascinating insight into the elegance of the Haworths’ Edwardian home as it was in their time, complete with the family’s furnishings and extensive collection of artworks. 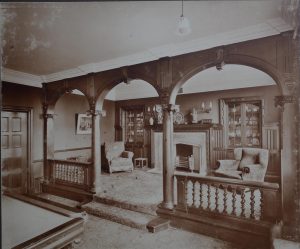 The Friends of Haworth Art Gallery, which funded the restoration project, officially delivered the restored album to the Haworth staff on May 16th. Friends’ founding Trustee, Jean Emmett, presented the album to Curator Gillian Berry at an event attended by Friends and staff. 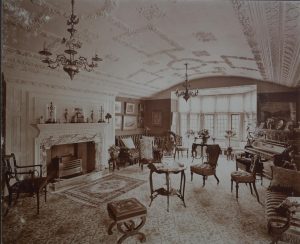 “This is a wonderfully skilled restoration, carried out with impeccable craftsmanship,” said Gillian. “The album is an amazing record of the period and a really significant piece of the Haworth’s history.”

Commissioned by William for himself and his sister Anne, the house itself was built by Walter Brierley in 1909. It was destined not to be their home for very many years, however. 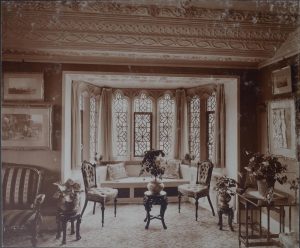 William passed away in 1913 and Anne in 1920. Both died without direct heirs and they generously bequeathed the house and its contents to the Corporation of Accrington upon Anne’s death. In 1921 the house became the town’s principal museum and art gallery and was renamed in the Haworths’ honour.

As you browse through the photographs, you might recognise the entrance hall here, the music room there – or the room now housing the Gallery Kitchen – each with all its elegant furnishings and beautiful paintings in place. 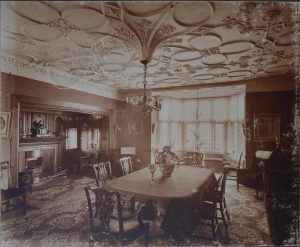 Although it’s almost a hundred years ago, we see their lovely home as though the Haworths had stepped away just for a moment.

The family’s art collection can clearly be seen in a number of the photographs. If you look closely, you might rcognize the works of Henry John Yeend King, Myles Birket Foster or Pierre Édouard Frère among the many paintings which were a part of the Haworths’ beautiful bequest and which still hang in the gallery today. 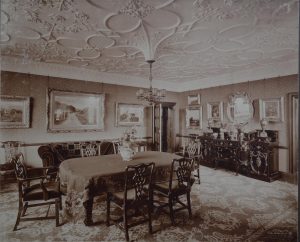 It’s a truly remarkable record, not only of the house as it was, but as a piece of Accrington’s social history; as local mill owners, the Haworths had a reputation for fairness among their employees and for benevolent works in the town.

The restored album can now be preserved for future generations and will be the subject of occasional presentations by gallery staff. Stay posted for events. Friends Trustee Harry Emmett has made a replica album containing high definition copies of all the photographs, which will be on display to the public at the Haworth. 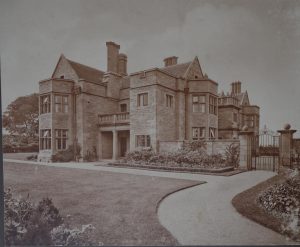 “We’re delighted that the Friends have been able to sponsor this lovely restoration project,” commented Jean. “And  we’re absolutely thrilled that visitors will be able to enjoy the photographs for themselves.”

Be sure to come and see the photographs on your next visit to lovely Haworth Art Gallery, the Haworths’ wonderful gift to the people of Accrington, and see how much of their bequest you can identify from these mesmerising images.