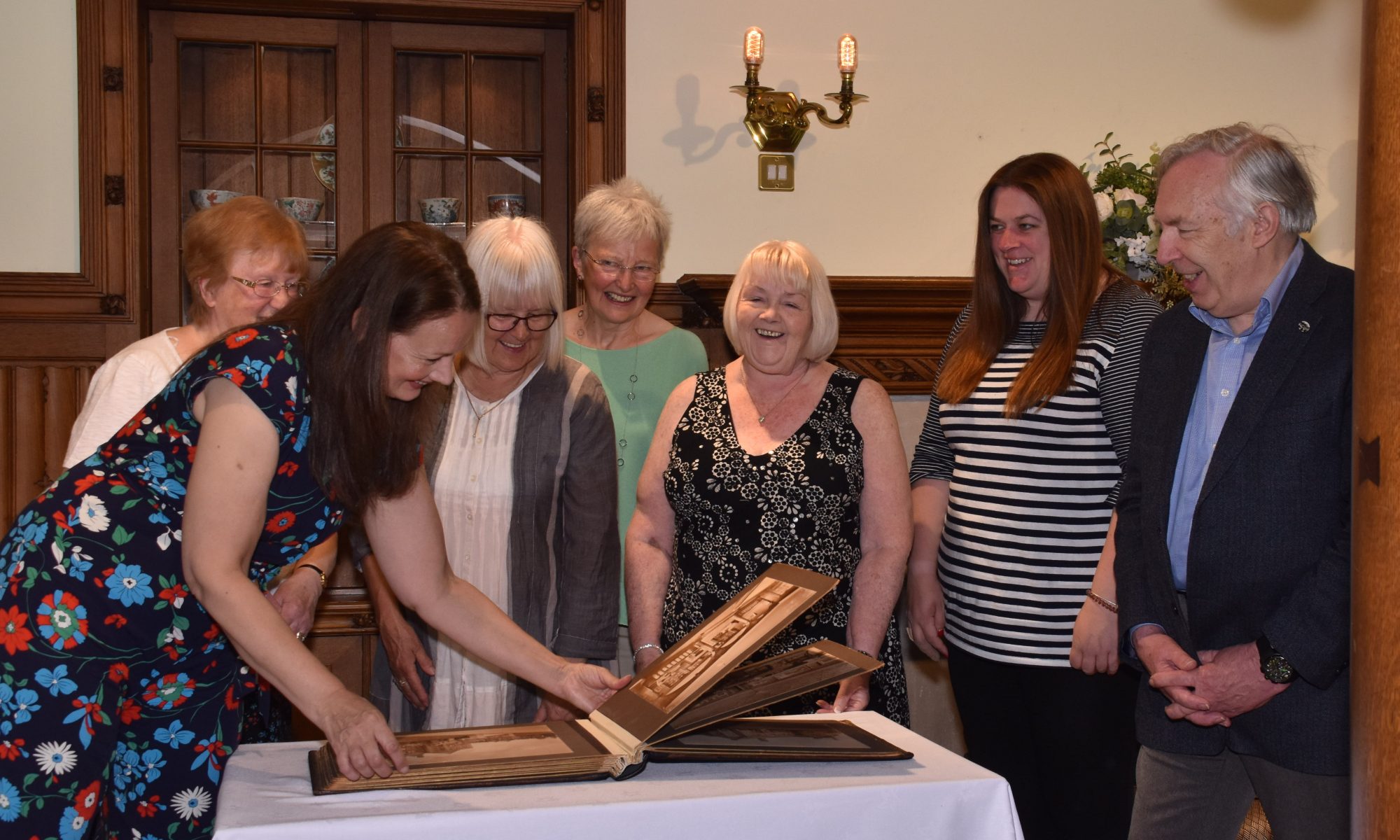 The Friends were delighted to present Haworth Curator Gillian Berry with the newly refurbished Hollins Hill photograph album, which has been restored so beautifully, and which the Friends have been very proud to sponsor. The album is in superb condition once again and will be a lasting photographic testament of the Haworth bequest for generations to come. Trustee Jean Emmett, who was a driving force behind the restoration, made the presentation on behalf of the Friends on May 16th, attended by several key members of the group.

Importantly, the restored album was not the only version the Friends presented to the gallery. Trustee Harry Emmett, who, with wife Jean was a driver for the restoration, has also created a replica of the album containing high resolution copies of all the photographs from the original. The copy will enable the visiting public to see these fantastic photographs at close quarters and to appreciate the detail of the house and its contents at the time of its bequest in 1920. It will also allow for the continued conservation of the original, which the Haworth staff will present for occasional display and discussion – so the conservation effect is two-fold.

Specialist bookbinder Formbys Ltd carried out the restoration work on the album’s leather exterior, which was stained and discoloured, and on individual pages, which were dog-eared and detaching from the spine. Formbys’ reputation is unparalleled in restorative bookbinding; their client roster reads like a Who’s Who of national heritage – and, fortunately for us, they’re based in the neighbouring town of Ramsbottom. . .

How lucky we are to have such amazing resources on our doorstep. Don’t delay – come  and see for yourself the sumptuous images from this extraordinary artefact. As we say around here, it’s come up a treat!