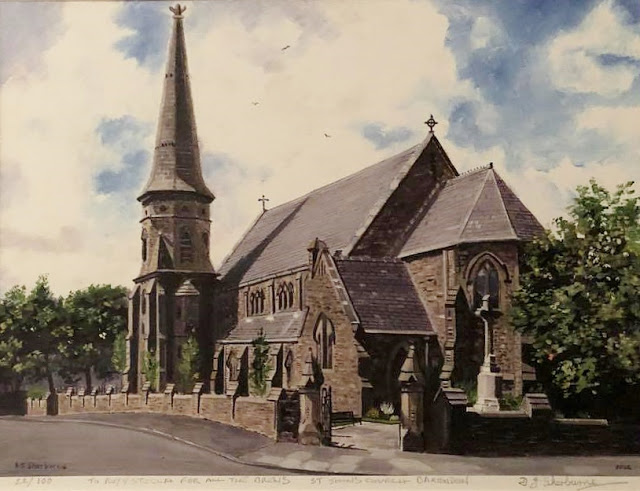 Friends of Haworth Art Gallery helped stage and narrate a delightful exhibition of the history, heritage and fine folk of Baxenden – at St John’s Church in the village. Conceived and hosted by the church, the exhibit brought together visual and oral histories, presented by local interest groups at a special launch event. The Friends focused on the Haworth’s place in Baxenden’s history and the many terrific tales from within its walls – not least, of the Haworth family.

They regaled residents with the history of the house and the fascinating lives of those who lived and worked there in its days as Hollins Hill, the private home of William and Anne Haworth. The Haworths lived in the house from 1909 to 1920, when Anne died – William predeceased her in 1913. 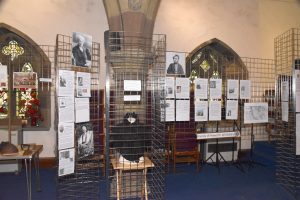 William was a philanthropic man. He gave generously of his time and money to many worthwhile causes and individuals in the area. He was a good employer, who paid decent wages and cared for the welfare of his workers. He was no saint, however, and didn’t suffer fools gladly. He was known to sport a sarcastic wit and a sharp tongue on occasion!

Anne was a beacon of benevolence. Although not much in the public eye, she was well known for her generosity. Like her brother, she was a well-liked employer. Her staff – once they arrived at Hollins Hill – never left, which was testament to her treatment of them.

Among her many acts of generosity, Anne donated her Wolseley car for use as Accrington’s first motorised ambulance – completely fitted out with the most state-of-the-art equipment at the time. On her death, she bequeathed the house and grounds to the people of Accrington, to be used in perpetuity as a museum and art gallery, with the grounds to become a public park.  She also left bequests to every one of her staff. 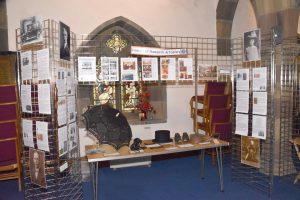 The Friends’ display also featured artifacts for visitors to see and handle, including a parasol and a silk beaded shawl, such as Anne would have worn; a top hat just like the ones William would have used; and Edwardian jewellery just like the objects Anne and Ellen would have possessed. Personal items of yesteryear, such as clogs, and period household items like laundry equipment were also on display.

The exhibition ran for nine days , in which time, almost 900 people enjoyed the displays mounted by the Friends and other exhibitors. Friends’ trustee Roger Cunliffe also had a display on the history of the mills, trams and roads in the Baxenden area near Haworth Art Gallery. It featured a model steam engine and models of trams, coaches and other vehicles that would have seen use in the local area through time.

We at the Friends enjoyed our part in the exhibition immensely. We can’t wait for the next local heritage event. Looking forward – and looking back -2021 will see the centenary of the Haworth as the town’s art gallery. Keep your eyes peeled!