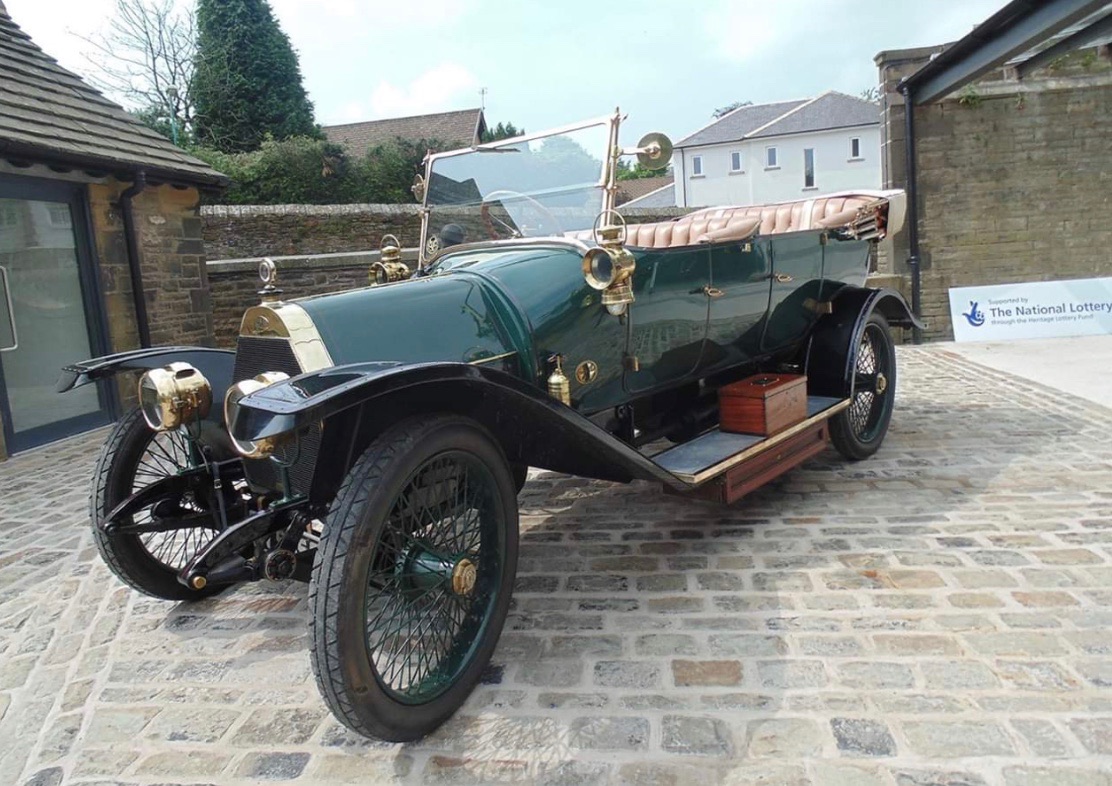 History enthusiasts gathered at Haworth Art Gallery today to see and hear the story of Hollins Hill, as the building was known in its days as a private home, told through the medium of a beautiful old photograph album.

The album was presented to the public for the first time since its restoration by expert bookbinders and restorers, Formbys Ltd. Haworth Curator Gillian Berry joined the Friends to talk about the restoration project and the Haworths’ bequest of their home, which prompted the album’s creation.

When the Haworths bequeathed their beautiful house and its contents to the town of Accrington, an inventory of their effects became necessary. Hence the album was commissioned: an astonishingly crafted, leather-bound document of the items in the bequest. Amazingly detailed with stunning photographs of the house’s interior, its exterior and the surrounding nine-acre parkland, the album was certainly more lavishly executed than was strictly necessary for the task. The exquisite photographs illustrated the individual rooms with all their contents just as though the Haworths had merely stepped away.

Those attending today’s event were treated to the fascinating story of the album, which was restored from the very dilapidated state into which it had fallen, to the astonishing artefact now returned to its home at the Haworth.

The story of Hollins Hill’s heyday was also helpfully illustrated by the presence of a stunning contemporary (1913) SCAT automobile (main photograph), which was generously displayed on the Haworth Motor House forecourt by owner Gordon Cornthwaite. A jaunty addition to the period mood!

The Friends also raised funds by way of a tombola, the proceeds of which will complete the acquisition of a defibrillator for the gallery and park by providing high-spec housing for the equipment.

While the album itself will be carefully maintained and displayed on similar occasions, a facsimile will remain on display at the Haworth for the public to view.

Start the car and get yourself over to see it as soon as you can!